A simple explanation and example of the multivariate normal distribution. 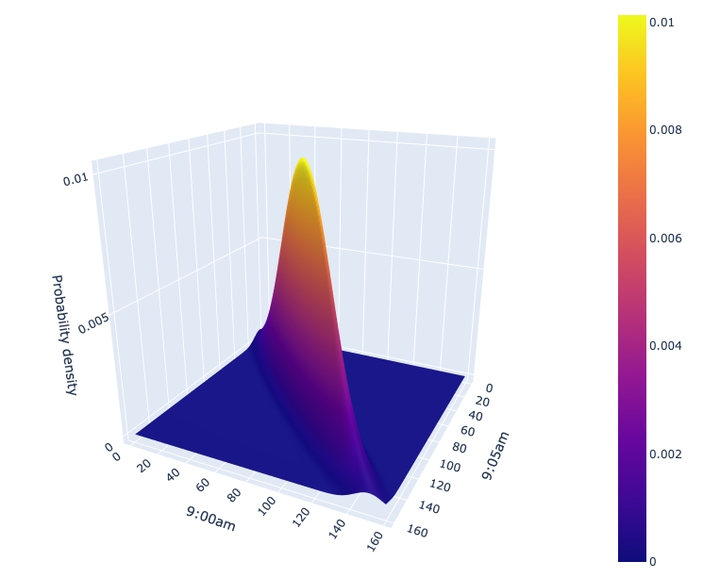 While we’re here let’s check the correlation in our data (we’ll use this later on):

There’s a strong positive correlation here, indicating that the two variables do appear to be related. In the next few sections, I’ll use the above data to build up to an intuition of the multivariate normal distribution.

Now that we have two univariate distributions, let’s randomly draw 7 observations from them to simulate a week of new data:

Notice anything strange? The heart rate measured at 9:00am is sometimes very different to the heart rate at 9:05am. By simulating our two variables as univariate normal distributions, there is no “sharing of information” between the variables, i.e., they are independent and don’t influence each other (although they probably should). Here are the two distributions for your reference:

We could more realistically model our heart rate data as a multivariate distribution, which will include the correlation between the variables we noticed earlier. I’m going to let scipy formulate the multivariate normal distribution for me and I’ll directly draw 7 observations from it:

Ah, much better, our simulated data is much closer to reality now than what we had previously with our univariate distributions. It’s a bit harder to plot this as we are now working in 3D (two dimensions for the variables, one for the probability density) but let’s give it a go:

Feel free to move the above plot around with your cursor. You can interpret the “height/elevation” in the plot as a probability, i.e., the higher the elevation, the more likely the values of heart rate at 9:00am/9:05am. In particular, note how if we observe a heart rate of 60 at 9:00am, the most probably value of your heart rate at 9:05am is about 62 or so. We can confirm that by looking at the cross-section of the above plot at 9:00am = 60: 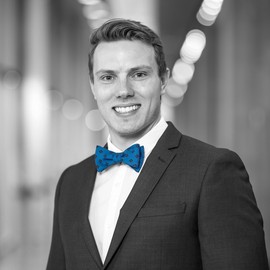 Postdoctoral Teaching and Learning Fellow for the Master of Data Science course at the University of British Columbia, Vancouver, Canada.