Controls of variability in berm and dune storm erosion 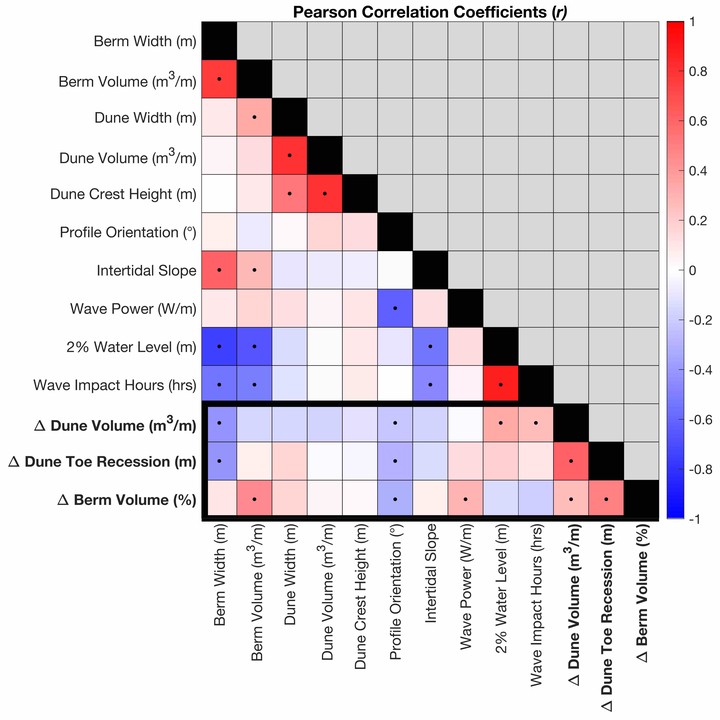 The erosion impact of large coastal storm events typically occurs across broad (100s of km) sections of coastline and may include significant variability both alongshore and vertically between the berm and dunes. Identifying controls of variability in storm erosion is critical to understanding the response of coastlines to present and changing storminess. This contribution analyses immediate pre‐ and post‐storm Lidar data of over 1700 cross‐shore profile transects, determined at every 100 m alongshore and spanning 400km of the southeast Australian coastline. This unique dataset allowed for a data‐driven Bayesian network analysis of the key relationships between the measured storm erosion response and a range of variables describing the antecedent morphology and hydrodynamic forcing at the coastline. It was found that while erosion of the dune and berm was observed to increase with increased exposure of the local profile to incident storm waves, additional erosion controls were found to be different for these two different sections of the beach. Erosion of the berm was specifically linked to the pre‐storm berm volume, with more accreted berms experiencing a greater proportion of erosion of the overall berm, regardless of variability in forcing conditions. In contrast, dune erosion was equally controlled by the exceedance of wave runup above the antecedent dune toe elevation and the width of the beach immediately fronting the dune, with wider beaches resulting in reduced dune erosion. The results of this large, data‐driven analysis provide important affirmation and insights into the primary controls of berm and dune storm erosion.